[This post was started before the recent announcement about the re-purposing of the former RLB Applebee’s building. If this reads like it starts out in one direction, then changes course and heads another way, well… that’s exactly what happened.]

Well, it’s been two years now since it closed in June 2013, and you may be wondering just what will become of the former Applebee’s sitting at the entrance to the Rollins Crossing Shopping Center… 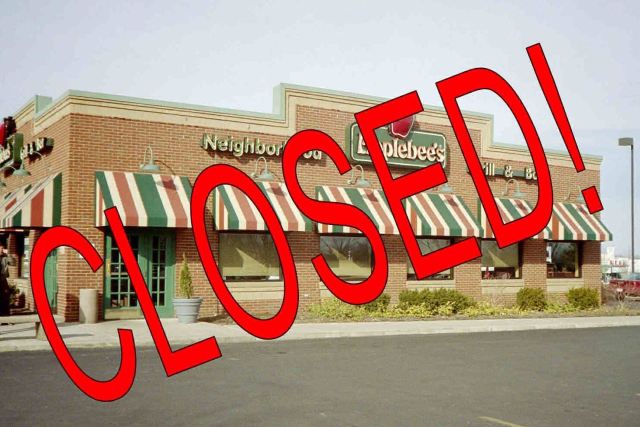 You may remember back in May 2013 that AppleIllinois LLC announced bankruptcy and the closing of several Chicago-area locations, putting the rest up for sale.

We thought it would be interesting to see what has happened to the other locations, and if there are any ideas or tactics which could be workable here. After all, the longer that building (and the former Kmart) sit vacant, the bigger the hit on our village’s reputation.

Building Reused for a New Business

Obviously the purpose-built buildings are very useable for other drive-to suburban-style eateries, or as a “worst-case” the building site is useable for an eatery even if the existing building is not.

So what’s the problem with the attracting a new tenant for the one in RLB?

Well, in the background is the vacant former Kmart. Sears Holding Company/SHC (which owns the former Kmart), the Brixmor Property Group (owns/manages the rest of Rollins Crossing) and the Village could/should have worked together to aggressively market the potential of the area and the Rollins Crossing Shopping Plaza.

How much of that happened, and how hard our village tried to make this work… we don’t know, to a large degree because our Village Hall is so exceptionally tight-lipped. To be fair, SHC has a history of doing things its own way and not being a “team player” with local governments.

We do know THIS though: there was something that the village and the other stake-holders just let sit (literally) that showed all passers-by (almost 20,000 cars a day), the residents, and prospective business owners/tenants just how LITTLE the property was valued.

Here’s a shot of the Applebee’s while still open. Note the lighting pole in the left of the photo. This is the style of pavement/parking light used throughout the Rollins Crossing Shopping Center. 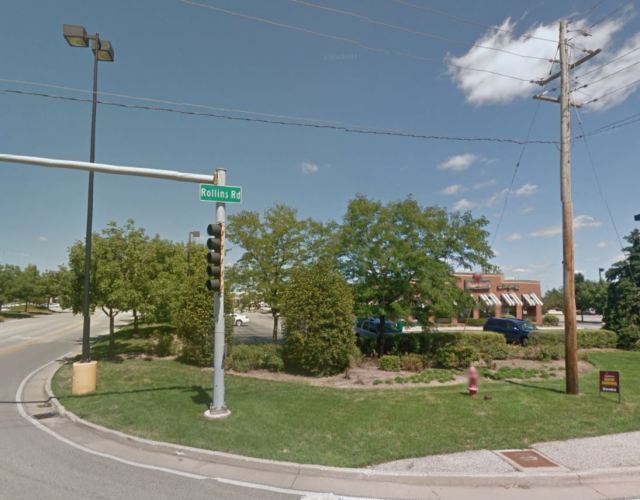 Now spot that light in these more-recent pictures: 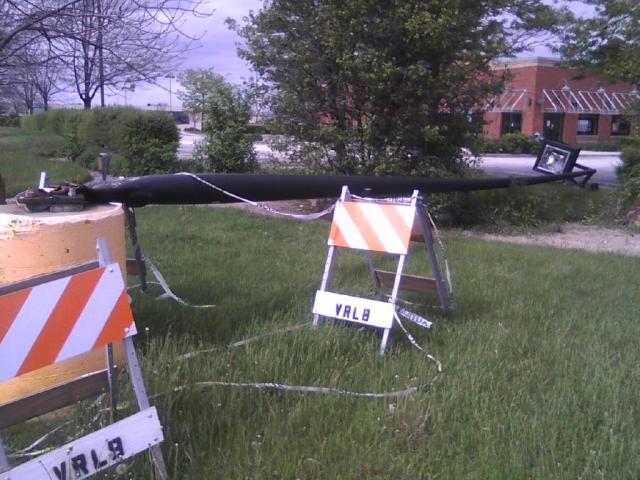 This light was downed in a traffic accident at the entrance/intersection in 2014. IT STAYED THERE FOR ALMOST AN ENTIRE YEAR, just like this, for everyone to see. This is at the “Gateway” intersection to the shopping center, its “main entrance”. It should have shown its best face (ever hear of “curb appeal“?), especially with these distressed properties we were (or should have been) trying to fill with new businesses.

The fact that neither the Village nor Sears Holding Company nor Brixmoor could be BOTHERED to haul away a simple light fixture (we’re not even talking about replacing it, simply removing a damaged light pole) shows just how little value the “major players” believe this property has. It behaves like it has little value because of its current use; as we’ve shown on our Facebook page several times in the last 2 years…  shopping centers and “big box” stores have among the lowest rate of return among any commercial format.

And THAT is the shame of it all because, as a large, contiguous property smack in the middle of our everything… it is among the most valuable property in the village! Value which cannot be realized because what has been built on it is in the the wrong physical form.

[Edited to add] Well, we found out at the 2015 BeachFest that the Applebee’s building has a new owner, and that tenants have already been secured. (In fact, that’s the only reason the light pole was finally removed!) The sad, sad sorry part of it all is that after all this time, the “best” that could be done was to nab a dental practice and a cell-phone store.

A corner site, conveniently at the entrance to a large shopping center, with 20K+ cars a day passing SHOULD be commanding a sizeable lease, with a business of matching profit-making ability. Instead of dressing it up and talking up the potential, we left the trash there for a year and just said “Eh! Who cares?”