… As If People Mattered

A while ago, our group read this great piece which reflects on design and impact of buildings with and without the “benefit” of an architect: “Architecture As If People And The Planet Mattered”, by Taz Loomans. It “hit home” with all of us.

We examine the impacts that “lack of design” has on Round Lake Beach, in many layers including economic, infrastructure, social, etc. Given the sprawl-centric focus of the village’s Comprehensive Land Use Plan [.pdf], the term “Architect” seems to almost be a dirty word. Rather, thoughts of “real” architecture seem to be missing in any vision for our community.

As a reminder, RLB wasn’t intentionally “founded” as a village, in the traditional sense. It was never intended to BE a municipality, never had its “skeleton”, it’s framework, laid out in accordance with validated-through-the-centuries knowledge of how humans work and what they need… all that serious Village Elder stuff.

No, RLB is the result of a summer-home subdivision lacking electricity, water, and sanitary systems, which was pressed into year-round habitation during the Great Depression, voting to incorporate as a village to get the legal standing and “Ooomph!” it needed to finance and install the semblance of a municipal infrastructure.

Without a “plan” or even just a “vision” for the village, with no center, square, plaza, promenade, or anything resembling a “downtown” or market place, there was no call to design anything important, be it a space or a building (certainly nothing worthy of a historical standing). As a result, 75+years later, the many benefits of architectural design (of buildings) and civic design (of the village itself) are completely missing; they were never “planted”, so couldn’t “grow”.

When we grew, our use of design services was almost verbatim from Taz’s writing:

The process can often look like this: a developer hires an architect to build, say, a strip mall. The developer, not the end users, are the client of the architect. And unless the developer cares about the people that will ultimately use the strip mall in addition to her bottom line, than likely the design of the strip mall will be a combination of cost reduction strategies, code compliance and what in the past has been done with strip malls.

The experience of the end user and how the strip mall affects the community and the planet often have little or nothing to do with its design. This is how we’ve ended up with an endless sea of low-quality, automobile-centric and soul-numbing sameness that is our built environment.

BTW, that little “buffer-strip” of land behind the Burger King and O’Reilly Auto Parts… that’s zoned for a strip mall. When you look at the last 15 years of “growth” here, other than “big-box” places like Home Depot and LA Fitness, almost everything else has been either a strip mall or an auto parts store,on a more-or-less alternating basis. Think about it: Sweetwater Crossing, Auto Zone, Hook Commons, Advance Auto Parts… here’s your next pair!

Wait a minute did we say “zoned” for a strip mall? Heck, it’s been laid out for one since at least 1997, the date on this print (click to enlarge):

In fact, the concrete curbing for much of it has already been installed. Check out these photos just north of the Burger King, then compare them to the diagram above! 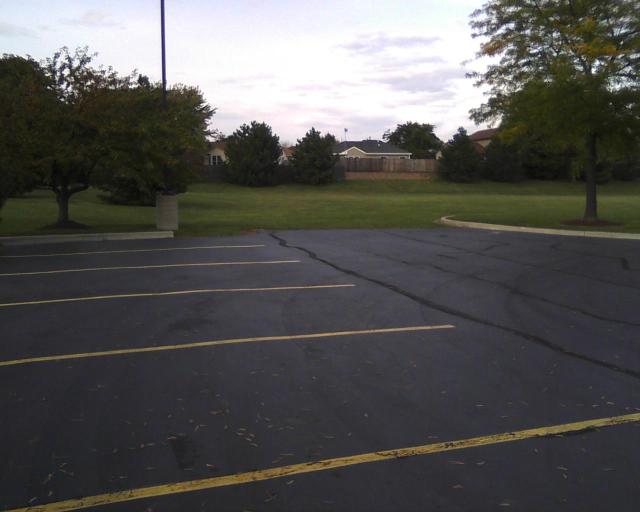 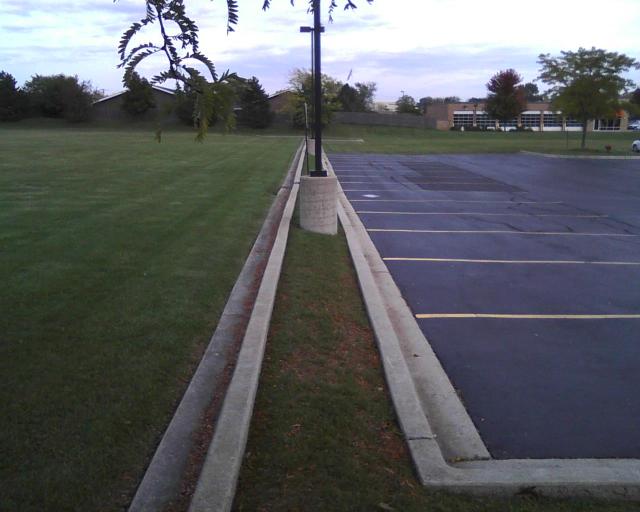 This entry was posted in Design, Downtown, Planning. Bookmark the permalink.