Read on to make sure you don’t get a traffic stop from “RLB’s Finest“!

By now, we all know that Rollins Road has that “slight” construction detour, on a dedicated bit of pavement we’ll use for most of the next year until things are dug out under the railroad tracks and new pavement is down and striped.

What is catching a LOT of area drivers off-guard though is a major change at the intersection of Mallard Creek Drive and Rollins Road. Heading south from the Round Lake Beach Cultural & Civic Center, or exiting Regal Cinemas, we’re all used to being able to turn left (eastbound) onto Rollins Road.

This is what we’ve had for a while (looking south, at Rollins Road): 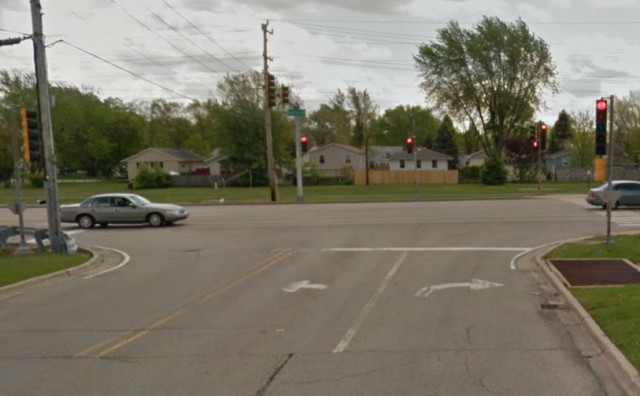 During the two weeks that the Rollins Road / Rt 83 intersection was closed, left turns from Mallard Creek Drive onto eastbound Rollins Road were insanely easy because there was virtually no cross-traffic. However…

… with the return of full traffic (ramping-up to soon become “Holiday Traffic), the removal of the traffic signal, and the pavement being displaced because of the detour, those left turns are no longer safe.

For the last week, there has been a “No Left Turns” sign posted, but it has gone un-noticed (or ignored) by most of the drivers who went through that intersection (we know this because a couple of us camped out there to observe!)

We contacted Mark Molnar, Resident Project Engineer for the Rollins Gateway Project for clarification on this potentially-troublesome intersection. From Mr. Molnar:

“Left turns will continue to be banned throughout the winter as the geometry of the roads does not make that turn safe.

We will be re-working the striping there to hopefully more strongly discourage people from making that illegal left.”

Here’s a look at the new striping. Notice that there is now no left-turn lane! 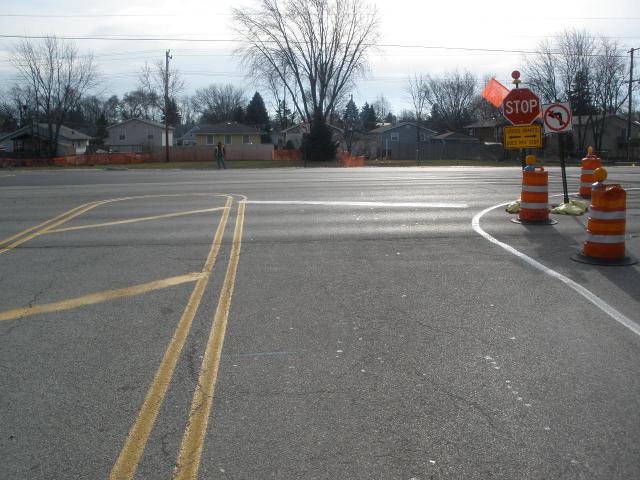 If you look closely, you can see the stop line is actually a diagonal, giving drivers a strong hint to turn to the right!
Also, there is clearly no left-turn lane present.

Clear roadway markings will certainly be helpful, but then again, longtime habits can be sometimes hard to break! This guys was just one of dozens we watched over 30-minutes. 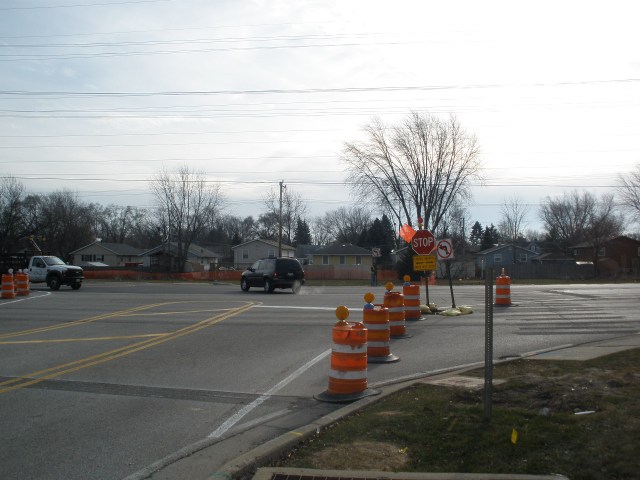 Same for this driver, who expects to turn left and will do so, traffic markings or not!
(Note the left turn-signal caught in mid-flash…)

Heck, even the project’s “Traffic Cam” is catching drivers in the act! 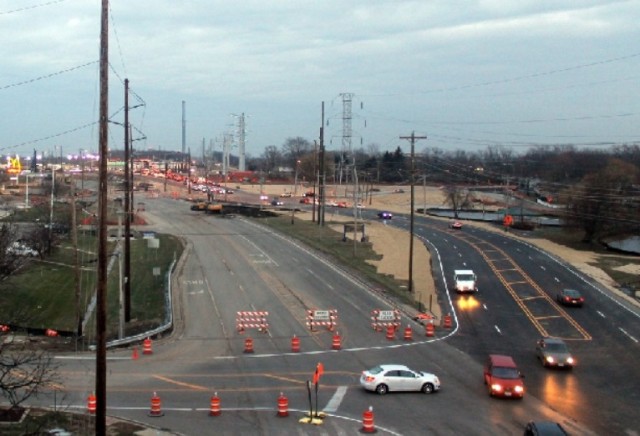 How it’s SPOZE’D to work: 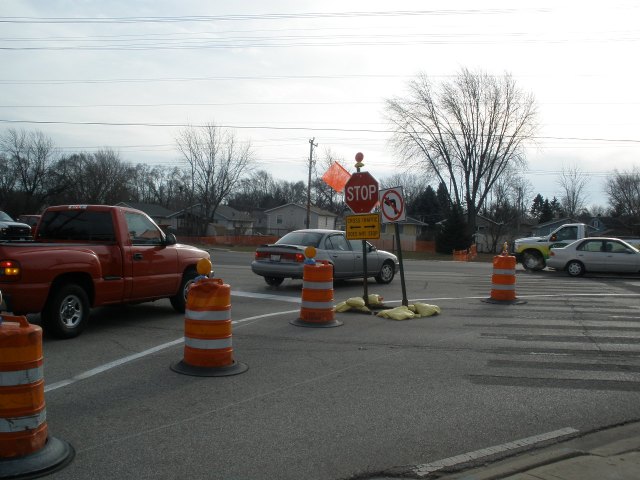 So, plan ahead if you’re used to being able to “Hang a Louie!” at that intersection. We have seen RLBPD out at least once on what look like “Enforcement” duties there; don’t know if they were ticketing or just “warning”.

This entry was posted in Construction / Maintenance, Rollins Road Gateway. Bookmark the permalink.

2 Responses to No Left Turns!